Dr Piers Kelly is a linguistic anthropologist at The University of England, Armidale, affiliated with the Centre for Australian Studies at the University of Cologne, the Department of Linguistic and Cultural Evolution at The Max Planck Institute for the Science of Human History, Jena, and the ARC Centre of Excellence for the Dynamics of Language, Canberra.
OrcID: 0000-0002-6467-2338
@perezkelly 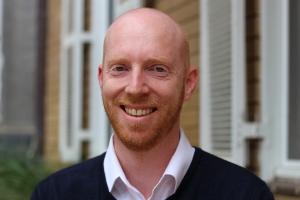 Communication is a foundational process underpinning all human activity. I am interested in one intriguing aspect of this bigger story: how the scope ordinary communication is creatively extended through strategic interventions. This is why my research is concerned with topics such as graphic codes, language engineering and crosscultural literacy, and why I find the holism of linguistic anthropology to be an especially useful tool of enquiry.

Since 2006 I have worked directly with speakers of the Eskayan language in the Philippines. Members of this community maintain that their language was the creation of the ancestor Pinay, who fashioned it from parts of a human body. Pinay is also credited with the creation of a unique and highly complex script for representing his language in written form. The origins, evolution and present-day usage of the Eskayan language and its script is the subject of my forthcoming book scheduled to be published within series Oxford Studies in the Anthropology of Language.

Much of my current research is concerned with the ways that conventional visual sign systems originate and evolve, how they do communicative work, and how their scope is constrained or amplified by their contexts and pragmatic conditions.

I have long been interested in those remarkable cases when writing has been independently recreated by non-literates, especially in West Africa, Southeast Asia and the Pacific. I maintain that these reinventions are extraordinarily rare yet they reveal important insights about our relationship with the written word and shed light on the origin and development of writing itself, arguably the world’s most transformative yet misunderstood technology.

Writing is a very specific variety of semiotic communication employing visual marks to model linguistic units, but it is surprisingly recent in human history and has been invented only a few times. Many other kinds of conventional graphic sign systems that do not purport to represent language have pre-dated writing and continue to coexist with it. Far from instantiating a ‘primitive’ form of ‘proto-writing’, these non-linguistic codes are finely attuned to the needs and interests of their users. They can be employed to resolve complex coordination problems over time and distance, reinforce verbal interactions, circumscribe identities, tally goods and notate cultural categories. The visual systems at play are similarly diverse, ranging from compact linear forms to diagrammatic, multi-textual or three-dimensional techniques.

My research currently centres on Australian message sticks. This Indigenous system involves the use of marked wooden objects as aids for long-distance communication between communities speaking different languages. My study will be based on fieldwork with senior messengers in Arnhem Land, archival records and over 1000 message sticks conserved in museums worldwide that are now captured in the Australian Message Sticks Database.

I’m drawn to work that seeps into the cracks between between linguistics, anthropology and historiography. I especially enjoy ethnographic efforts to recover human experiences that are otherwise suppressed or distorted in colonial discourses. I have been inspired by the realisation that—despite its grand claims for itself—colonialism is never truly hegemonic. It breaks down in fascinating ways, and its terms are often manipulated, subverted and creatively appropriated by its presumed ‘subjects’. For decolonisation efforts to be meaningful, and for the social sciences to be useful as tools of knowledge, I believe in the importance of attending to these many moments of rupture and bringing them to better scrutiny. In the same spirit I reject efforts to ‘rehabilitate’ Indigenous cultural forms by re-valorising them solely according colonial metrics and systems (such as agriculture, nationhood, writing etc). Instead, I believe in the value of recognising practices and epistemologies on their terms, as independently powerful systems that have the capacity to be analysed, understood, re-interpreted and respected.

Some of the texts that have informed my research direction and general intellectual outlook are here. My evolving attempt at understanding the value of linguistic anthropology as a practice is here.

All my publications can be viewed or downloaded here. I love any kind of feedback and I’m always happy to read papers in my field. I have a statement outlining my personal policies on where I publish and what I am prepared to review here.

I believe in the obligation of scholars to give meaningful explanations of their work. You can find my writing on Rappler, The Conversation, Crikey and other forums.